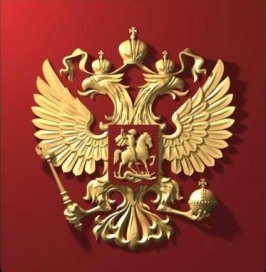 In recent weeks we have been witnessing a rapidly growing information campaign in the EU - both in official circles and media – over an incident which occurred with a Russian political activist and blogger Alexey Navalny on 20 August 2020. Not claiming to be experts in toxicology, we still consider it necessary to draw your attention to multiple inconsistencies regarding this case. In the light of forthcoming debate in the European Parliament we call on EU officials and MEPs to look into a number of following questions.

·       Would there be any rationale behind the Russian authorities’ alleged decision to poison  Alexey Navalny with the use of a military-grade chemical nerve agent of the “Novichok” group, which falls under CWC ban, in a Russian city with half a million population and then to do their utmost to save his life and let him go for further medical treatment to Germany, where “Novichok” could be identified?

·       What would be the reason for the Russian authorities to poison Alexey Navalny, taking into account that his actual popularity level hardly reaches 2%, according to the recent survey conducted in July 2020 by Levada Centre, an independent, nongovernmental polling and sociological research organization?

·       Why is the German government so reluctant to provide Russian competent authorities with the results of toxicological analysis carried out by a specialized laboratory of the German armed forces or to make them public, if Berlin is confident that Mr.Navalny was poisoned? The Prosecutor General’s Office of the Russian Federation submitted to German authorities an official request for legal assistance on 27 August 2020. Berlin has not been however willing to respond to the request in a prompt and constructive manner, first dragging its feet only to declare later that no evidence would be provided due to confidentiality and ultimately declaring the whole case secret?

·       At the same time we have been constantly hearing that it is essential for the Russian Government to investigate thoroughly and in a transparent manner the assassination attempt of Mr.Navalny. It is stated that all evidence and witnesses are to be found “somewhere in Siberia”. Was it a coincidence that at the same time some of the persons who accompanied Mr.Navalny on his trip to Siberia promptly left Russia for Germany right after the incident?

·       Why do the German doctors from the Charite Hospital shy away from professional dialogue with the Russian colleagues in spite of evident inconsistencies in Mr.Navalny’s symptoms, toxicological analysis and diagnosis? The German Federal Chamber of Medicine rejected the proposal of Russian counterparts to set up a joint group to conduct a medical examination in Mr.Navalny’s case.

·       Why is it declared that a military-grade chemical nerve agent of the “Novichok” group was developed by the Soviet Union and later Russia, neglecting that for a number of years specialists from Western states and relevant NATO centres have been developing chemical substances related to the “Novichok” group? For example, the US has issued more than 150 patents for combat use of the mentioned chemical substances.

·       Why was Mr.Navalny upon his arrival to Berlin escorted to the Charite Hospital by police and special service agents? Why were extraordinary security measures taken and the hospital itself was turned into a high-security facility well before the “discovery” of “Novichok”? Does it mean that Berlin knew something that neither Moscow nor Omsk were aware of? It is worth noting that more than 60 biochemical tests were conducted in the Omsk Hospital, none showing any sign of poisoning.

·       What is behind the story of the “bottle of water”, ostensibly with traces of poison on it? No CCTV or photo evidence shows Mr.Navalny using it before departure at Tomsk airport. If used before that or aboard the Moscow-bound plane, how did it get to Berlin?

·       Why not a single specialist in toxicology, civilian or military, nor any Charite doctor at all has produced a qualified statement on the case (as Russian doctors did)?

Claims that whatever evidence may be transmitted to Russia only with the patient’s consent are not compatible with numerous political-level statements made in Germany while he was still comatose.