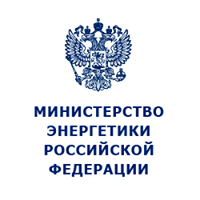 On 2 March 2015 the Minister of Energy of the Russian Federation Alexander Novak took part in Russia-Ukraine-EU gas negotiations in Brussels.

Following the meeting, the Minister stated that all participants had reaffirmed the need to implement the “winter package” agreements reached last October. The Head of the Russian Energy Ministry expressed his belief that the next pre-payment for gas supplies would be made in the nearest future: “Our colleagues, he stressed, have confirmed availability of financial resources which they would use as necessary. “Gazprom” will supply the exact amounts of gas which have been paid for under the daily orders foreseen by the trilateral agreement”.

Gas supplies to the Donetsk and Lugansk regions were another item on the agenda. “We agreed that volumes which have been and continue to be supplied by “Gazprom” to these areas will be factored out of the pre-payments under the “winter package”; these supplies will be subject of separate negotiations,” Alexander Novak said. He mentioned that the issue of supplies to the South-East of Ukraine was “technically complicated”.

The parties also touched upon the issues of gas supplies and filling underground gas storages during the summer period. This topic will be discussed at separate consultations. A new meeting in trilateral format is scheduled for the end of March.