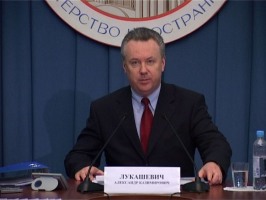 During negotiations on a draft document amending the Russia-EU Visa Facilitation Agreement of 2006, the Russian side proposed to include a provision extending the visa-free travel regime to holders of service passports. In the follow-up to the latest round of negotiations on the draft document, a decision was taken to limit the category of holders of service passports to holders of passports with an electronic data carrier only.

Due to the lack of an agreed position among EU member states on this issue, finalisation of the work on the draft modernised agreement is being delayed.

At present, Russia has bilateral agreements on visa-free travels for holders of service passports with Bulgaria, Cyprus, Hungary, Rumania and Slovakia. No problems or cases of abuse have been recorded in the framework of these agreements.

As for airline crew members, the Russian legislation does not provide for their exemption from visa formalities, regardless whether or not they leave their aircraft in Russia. This category of foreign citizens must have valid national passports with Russian visas when entering and leaving the Russian Federation unless otherwise provided by international agreements.

For a long time, competent Russian authorities have been applying simplified law enforcement procedures under which crew members of foreign aircraft were not obliged to have visas provided they did not leave the airport. Last year a decision was taken to strictly implement the existing rules.

Upon request by the MFA and the Ministry of Transport of the Russian Federation, the Border Guard Service of the Federal Security Service of Russia took a decision not to apply administrative procedures against airline crew members in case they do not have Russian visas until 31 October 2012. No further prolongation of this moratorium is foreseen.