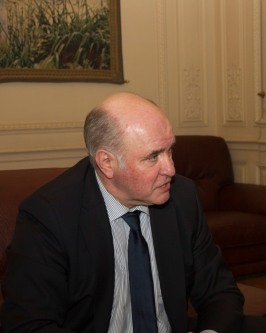 An exchange of views took place on issues of mutual interest in Russia’s and EU relations with CIS countries, Georgia, Abkhazia and South Ossetia, as well as on Transnistrian and Nagorno-Karabakh settlement.

Grigory Karasin informed his interlocutors on the on-going integration processes in the CIS space.