State Reception on the occasion of Russia Day 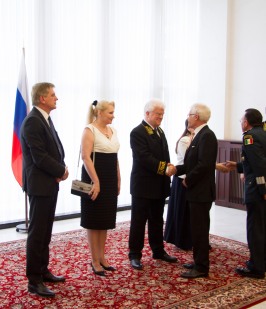 On 7 June Russian Embassy in Belgium, Russian Mission to the EU and Russian Mission to NATO held a joint state reception on the occasion of Russia Day. The event was attended by Belgian and EU officials, representatives of the diplomatic corps, Russian compatriots, education, science and culture activists.

Russia Day is one of the most important and yet relatively recent state holiday in the country. On 12 June 1990 the first Congress of People’s Deputies of the Russian Soviet Federated Socialist Republic adopted the Declaration on State Sovereignty of Russia, which proclaimed supremacy of the Russian Constitution and its laws.