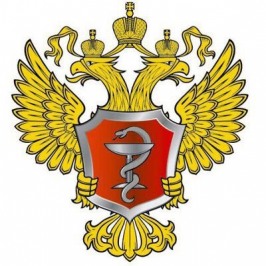 On the margins of the first WHO Global Ministerial Conference “Ending TB in the Sustainable Development Era: A Multisectoral Response” Health Minister of the Russian Federation Veronika Skvortsova met Member of the European Commission for Health and Food Safety Vytenis Andriukaitis.

Taking into account the shared borders between Russia and the EU, cooperation in a number of healthcare areas is necessary and relevant
for both parties, making it possible to prepare for addressing new threats and challenges in the field of public healthcare and quickly respond  to emergencies.

The participants discussed the problem of tuberculosis – a major infectious disease claiming about 1.8 million lives across the world annually –
and considered the efforts undertaken by the Russian Federation and the European Commission to eliminate the disease. Ms Skvortsova and Mr. Andriukaitis reaffirmed their commitment to reduce the incidence and fatality rate of the disease taken under the WHO End TB Global Strategy.

The parties particularly focused on the threat of emerging resistance of microorganisms to drugs as well as chemical and biological agents. Antimicrobial resistance of the Mycobacterium tuberculosis reduces the efficiency of preventive measures and treatment, leading to greater severity and longer duration of the disease. Participants presented their efforts to fight antimicrobial resistance. The Russian Federation has developed a strategy to prevent and combat resistance of microorganisms and organisms harmful to plants to drugs as well as chemical and biological agents until 2030, while the EU has adopted new recommendations entitled “EU One Health Action Plan against Antimicrobial Resistance”. Participants agreed to build up cooperation in this field.

The parties also considered the possibility of Russian participation in the Global Research Collaboration for Infectious Disease Preparedness.
The aim of the initiative is to unite the efforts of research institutes to rapidly (within 48 hours) respond to an outbreak of highly contagious infectious diseases.

The meeting demonstrated the interest of both parties to enhance cooperation and their willingness to hold constructive discussions on healthcare issues.They considered expanding cooperation between the Russian Federal Service for Supervision of Healthcare (Roszdravnadzor) and the European Medicines Agency (EMA). The parties agreed that cooperation between the regulators will contribute to more effective fight against counterfeit medicines.