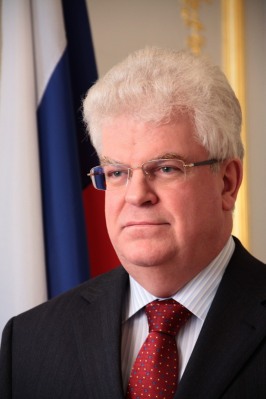 Ambassador Vladimir Chizhov told New Europe about the results of the Russia-EU summit in Yekaterinburg, including visa negotiations, the Syria crisis, the Eurasian Economic Union, trade and human rights. The interview also focused extensively on Russia-EU energy relations, differences over the Energy Charter and the Third Energy package, the privatisation of Greece’s DEPA, Nabucco and South Stream, and the effect of the upcoming Lithuanian EU Presidency on energy ties.

- Following the EU-Russia summit in Yekaterinburg was there any progress in visa talks?

- The summit itself recorded progress achieved so far on two tracks. One track is the implementation of the so-called “Common Steps” towards a visa-waiver agreement. We’re now at the stage when the two sides exchange expert missions on each of the four blocks of that document.

I believe we can finalise this work well before the end of the year and subsequently the EU will need to take a political decision to actually launch negotiations and provide the commission with a proper mandate. We hope that it takes place without delay opening the prospect of completing negotiations and signing the agreement next year.

There will be three benchmarks on the EU side which will require a show of political will. First, to take a decision to launch negotiations; second, to give the green light for signature of that document; and the ultimate one will be ratification. I’m pretty confident on the amount of political will on the Russian side, and I hope the EU will be able to reciprocate.

The second track is further visa facilitation. We have a good working agreement dating back to 2006. The idea is to make a further step, extending the scope of visa-free and visa-facilitated regimes for certain groups and categories of travels, and we are still working on it.

- A key issue in EU-Russia in Yekaterinburg negotiations was Syria, which is also discussed during the G8 summit today (17 June), and there are a lot of disagreements. In talks between British Prime Minister David Cameron and Russian President Vladimir Putin yesterday and it seemed there was no common ground...

- Well, I wouldn’t see it that way. I think there is a lot of common ground between Russia, EU countries and the United States. We all want to see a political solution; we all want to see Syria as a peaceful country and certainly remaining as a single country. That’s the strategic goal we all share. How to get there? There we have different views. The Russian-American initiative dating back to 7 May on convening a further international conference nicknamed “Geneva 2”. Things proved to be quite complicated. There is an ongoing effort to bring the necessary people to the table of that conference. One problem is who will represent the Syrian opposition. On the government side the situation is quite clear, they have accepted and nominated a delegation headed by the foreign minister. But on the opposition side, we are still trying to figure out who will be representative enough and able to deliver, and also how to prevent people directly linked to Al-Qaeda and other terrorist organisations from grasping a seat at this conference. The US diplomacy is continuing its effort with the opposition. On our side, we have already managed to secure a positive response from the government in Damascus. We also have contacts in the opposition, including internal opposition - we all know the opposition forces in Syria are a very mixed combination of various groupings, some from within Syria, others from nobody knows where. In any case, we are still hopeful that this conference will materialise.

The second aspect of the participation problem is to bring the neighbours of Syria – well, with the obvious exception of Israel, I believe. But those who are acting as important factors in the Syrian crisis, namely Iran and Saudi Arabia should also participate. This is a view that unfortunately is not shared by everyone.