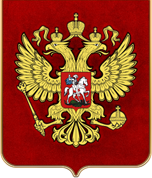 56. In relations with the European Union, the main task for Russia as an integral and natural part of European civilization is to promote the establishment of a single economic and humanitarian space from the Atlantic to the Pacific.

57. Russia is interested in enhancing cooperation with the European Union as its principal partner in trade and economic cooperation, as well as an important partner in the sphere of foreign policy, and stands for strengthening this interaction attributing special importance to the task of establishing the four Common Spaces – the Common Economic Space; the Common Space of Freedom, Security and Justice; the Common Space of External Security; and the Common Space of Research and Education, including Cultural Aspects. Russia stands for concluding a new basic agreement with the European Union on strategic partnership based on the principles of equality and mutual benefit, and will promote effective implementation of the joint Russia-EU initiative on the Partnership for Modernisation and development of mutually beneficial energy cooperation with a view to creating a unified European energy system based on strict fulfillment of existing bilateral and multilateral contractual obligations. Creation of a single market with the European Union is a goal in perspective.

58. A special place in Russia-EU relations is given to the task of mutual abolition of visas for short-term travel. Visa regime remains one of the main barriers in developing people-to-people and business contacts between Russia and the European Union. Its abrogation will provide a strong impetus to real integration between Russia and the European Union.

59. Given the significant role of the European Union in global affairs, Russia is set to maintain an intensive and mutually beneficial political dialogue with the European Union on key issues of the international agenda, to further develop practical cooperation in the field of foreign and defence policy and to create appropriate mechanisms for cooperation in the area of foreign and security policy in order to exercise collaboration in the mode of adopting joint decisions, with subsequent joint implementation.