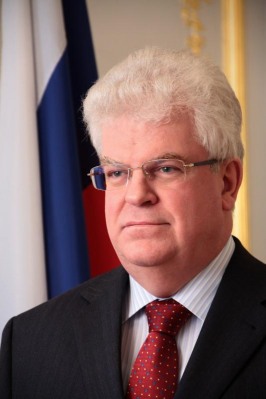 The choice is always yours

Recently, on the eve of the approaching 75th anniversary of the Great Victory in the Second World War, one can often hear the EU Brussels talking about the need and importance of historical truth. We could not agree more – should such cardboard shield not hide every now and then unworthy attempts to downplay the role of the Soviet Union and its nations who sacrificed 27 million lives for Victory, to equate Nazism to Communism and furthermore to accuse the USSR of having unleashed this appalling tragedy of the 20th century. Thereby I am sure that Europeans deserve the genuine truth based on actual documented facts of history and should have the choice of a free person – either to remain victims of endless brainwashing, or to formulate their own critical position on hows and whys of the modern world order. In January 2020 Russian President Vladimir Putin announced that our country will open a Centre of Archive Documents related to the history of the Second World War that will certainly enable all those interested in understanding historical processes to see documents with their own eyes, including in English, French and German. It will start operation soon. In the meantime, an unprecedented avalanche of open lies about my country and its history sweeping over the European public opinion on the eve of the sacred date of 9 May makes me remove my pen-lid today.

Our Anglo-Saxon partners were immediately dissatisfied with the architecture of international relations established following the Second World War and, without even waiting for the smoke of battle fires to disperse, started reframing the fragile balance in the world in their own favour, thus marking the end to the alliance spirit between powers of the anti-Hitler coalition forged, in spite of all the political differences and ideological incompatibilities of its members, in fighting together the Axis countries united by ideas of hatred towards mankind.

The accepted story is that the speech given on 5 March 1946 by the then former British Prime Minister Winston Churchill at Westminster College in Fulton, Missouri, the home state of US President Harry Truman, heralded the beginning of the Cold War. But it is a misconception. It was preceded by Operation Unthinkable elaborated by the UK back in 1945 which envisaged plans of a war to be waged by the US and Great Britain against the USSR, and American Plan Totality developed on the personal order of Harry Truman after the atomic bombings of Japanese Hiroshima and Nagasaki in August 1945, to carry out nuclear attacks against 17 major Soviet cities and industrial centres.

Winston Churchill’s programme statement requires a review within today’s context for yet another reason – its templates are still used in attempts to build a world order enlisting new recruits to confront “totalitarian and authoritarian regimes” and defend the achievements of Western democracy whose forbidden fruits citizens of many countries remain deprived of. The blood and death flavour of the latter are well known to people of former Yugoslavia, Iraq, Syria and Libya who were actively encouraged to acquire the notorious values with the help of NATO air attacks – this way they are probably better digested.

In the above-mentioned speech Winston Churchill named the USSR the main source of international difficulties and today the West applies it to Russia with an ease it is used to. Take, for instance, the blatant disinformation campaign launched in connection with unification of Crimea with Russia, the fabricated “Scripals case”, pseudo-proceedings on causes of downing of Malaysian Boeing MH-17 flight with culprits defined in advance, horror stories of alleged Russian interference in democratic processes either in the US, or in Europe that have not been confirmed. But the bitter pill prepared for my country would have been absolutely inedible had it not been sweetened time and again by an invitation “to establish people-to-people contacts and take its rightful place among the leading nations of the world”. Actually, the exact nature of that place was not precised. Yet, the dramatic experience of the 1990s does not leave room to any doubt – it would have been a carefully prepared comfortable one. A small thing would have been required in return – a total surrender of national interests. Well, we had previous experience of falling into the trap naïve by listening to assurances of non-enlargement of NATO and then of its non-eastwards character.

In the 1990s, the same way as on the eve of the Second World War when it had been busy appeasing the aggressor and diligently retargeting Hitler’s war machine against the USSR, the collective West missed its historic chance to establish a transparent system of equal and indivisible security in Europe and undermined the key asset – trust that just started to reappear after long years of the Cold War. Quite the opposite, notions continued to be actively substituted. A “rules – based world order” was invented to replace international law. The warning issued by Vladimir Putin in his Munich speech of 10 February 2007 that unilateral world order cannot exist was ignored. Instead, mankind was served a concept of “multilaterality” – a kind of surrogate for multipolarity promoted by key world powers, including BRICS members – Brazil, Russia, India, China and South Africa.

Denying the existence of a multipolar world with equal and responsible actors building their relations on the basis of trust and respect for sovereignty is already costing the European Union dearly. On the one hand, the EU tries to become a centre of global power, while on the other, for the sake of maintaining loyalty to trans-Atlantic bonds, multiplies unilateral sanctions destructive to its own economy and revenues of many European producers. And by the way, one can barely hear the truth that the US unlike the EU, Russia’s trading partner number one, did not suffer too much from the restrictions and continues to invest in Russian economy. Playing with sanctions has already boomeranged on the EU when Washington punished European businesses for participating in implementing a project aimed at ensuring European energy security – Nord Stream 2. Russia, by contrast, is obviously interested in having the EU as a powerful and independent player on the international arena, capable of acting on its own and promoting mutually beneficial cooperation for the benefit of the population of its Member States. An EU capable of developing its own security guarantees based on trust – instead of ones rented from NATO. An EU capable of healing its own wounds rather than picking those of others around the world. An EU that would not be senselessly searching for a “fifth column” and imaginary foreign enemies. An EU capable of stopping interference in third countries’ affairs that triggers outbursts of terrorism and catastrophic migration problems for Europe. So, basically an EU that would live according to its own agenda rather than an imposed one. In today’s world it is the only way to regain one’s sovereignty and lost values that are in a deep crisis, as Europeans themselves acknowledge. So, there is room for reflection for the EU that often portrays its set of values as a “golden standard” for others.

Russia, for its part, recently managed to successfully exit a painful period of its history when it was lacking self-assurance, learned the necessary lessons and thus is again able to act as a leading world power. This is also the source of much needed changes in the Russian Constitution aimed at strengthening social guaranties and the family institution, as well as providing, like in many countries of the world, for the priority of its Basic Law over arbitrary interpretation of international treaties.

Russia is not acting against anyone on the international stage. My country defends its own sovereignty and interests, building trustworthy relations of mutual respect with its partners. It is our choice that makes a significant contribution to reviving collective security in Europe and beyond. We expect the EU, as a responsible and important actor in international relations, to make its own sovereign choice. It is simply our duty to provide next generations of Europeans with a safe world free of the danger of new military conflicts. I find it crucial to reiterate this point on the eve of a glorious anniversary – 75 years of the Great Victory. Therefore, we need to trust each other and cooperate. The choice always remains with every responsible participant of international relations. And Russia always leaves the doors open to dialogue on an equal footing.