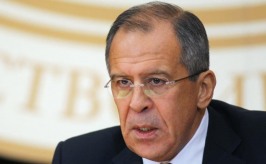 Symbolically, the Agreement was signed slightly over a month after the fall of the Berlin Wall, an event that came down in history as a landmark signifying the end of the Cold War, a period, when the continent was divided into two opposing ideological blocs. The founders of the Russia – EU partnership knew that it would be impossible to erase the centuries-old divides on the continent unless a broad framework for cooperation was created in Europe. Both sides intended to make it mutually beneficial, long-term, and resistant to economic and political fluctuations.

The subsequent years were marked by painstaking efforts to create a multi-level architecture of collaboration between Russia and the EU. A solid legal infrastructure evolved based to this day on the 1994 Russia – EU Partnership and Cooperation Agreement. In May 2003, during the Russia – EU summit in St. Petersburg, yet another step forward was taken in overcoming the division of Europe, with the parties reaching an agreement on establishing a strategic partnership based on four common spaces – economic; external security; freedom, security and justice; science and education, including cultural aspects. We worked together on long-term projects, which, had they been brought to a logical end, would have yielded tangible dividends to all those who live on our shared continent and substantially enhanced the level of their security, prosperity and comfort. Among other things, the case in point was easing the terms – up to a visa-free regime – of reciprocal travel of Russian and EU citizens, establishing close cooperation between the law enforcement agencies in fighting the terrorist and organised crime threats, coordinating efforts to settle regional crises and conflicts, and forming an energy union. But the sides failed to ensure stability of the declared partnership between Russia and the EU.

Regrettably, many people in the West looked at the prospects of a common European future exclusively from the viewpoint of “winners” in the Cold War. The principles of equal cooperation have given way to the illusion that Euro-Atlantic security can only be based on NATO, and that Europe can only be associated with the European Union, with everything else as nothing more than the concentric circles around these “centres of legitimacy.”

The practical aspects of our relations with Brussels included instances of increasing priority given to the EU’s supranational norms and attempts to apply them retroactively to all other countries. We were urged to accept off-the-shelf decisions made in the EU, which ruled out any discussion or respect for Russia’s interests. In other words, we were invited to join the mainstream and follow the lead, as well as to accept the interpretation of “common values,” many of which contradict the traditions of the European civilisation based on Christianity.

Our Brussels partners preferred to keep silent about the fact that their concept of four common spaces was based on the understanding that any attempts to force our neighbours to choose between Russia and the EU would be dangerous and counterproductive. Well before 2014, an alarming sign in the Russia-EU relations was the launch of the Eastern Partnership initiative, which was aimed, as it turned out later, at creating a distance between Russia and its closest neighbours connected by centuries-old ties. We are still feeling the negative impact of this egocentric policy.

In short, the EU was not prepared to have equal relations with Russia. In the Brussels vocabulary, Europe equalled the European Union, as if there is only one “real” Europe (the EU member states), and all the other countries must work hard to earn the “high title” of Europeans. They are creating artificial dividing line on the continent and distorting both geography and history. A glaring example of that is the numerous EU resolutions that equate the Nazis who sought to exterminate European nations with the Soviet soldiers who saved these nations from annihilation.

It is a deeply flawed approach, which is not benefitting the European integration project and contradicts its initial unification and peace-building spirit. Russia has always been and will remain an integral part of Europe geographically, historically and culturally. We have a unique identity of which we are proud, but we are part of the European civilisational space. Over a period of many centuries, Russia contributed to the expansion of that space all the way to the Pacific coast. The development of our identity was influenced by advanced European ideas. Likewise, modern European culture would have been different without the process of mutual enrichment with Russia.

Despite our differences, Russia and the EU are important trade and economic partners, as well as neighbours who can share their common responsibility for peace, prosperity and security in this part of Eurasia. By the way, if it were not for the EU’s biased position in the context of Ukrainian developments, Russia-EU trade would have reached $500 billion, becoming a global factor comparable to the EU’s trade with the United States or China.

There is increasing evidence of our EU partners’ realisation that the current situation is abnormal. Russia’s relations with the majority of EU states are being revitalised. We have made the first contacts with the new EU leadership, which assumed office in early December.

The new institutional cycle in the EU history offers an opportunity to relaunch relations with Russia. At the very least, we can ponder what we mean to each other in this rapidly changing world. We hope that the EU decision-makers will opt for strategic thinking and will act in the spirit of the great European politicians, such as Charles de Gaulle and Helmut Kohl, who thought in terms of a common European home. The artificial restrictions imposed on trade to suit someone’s geopolitical interests will not settle the existing problems but will only create more obstacles and will weaken Europe’s economic positions. There is no doubt that European cultures and economies can only protect their identities and competitive ability from the onslaught of globalisation by combining the relative competitive advantages of all countries and integration associations in the common Eurasian space.

Russia – EU relations are not developing in a vacuum. A multipolar world has become a reality. New centres of financial, economic, technological and military power have emerged in the Asia Pacific Region. We are taking this crucial factor into consideration during the process of shaping our foreign policy. The new realities not only entail additional trans-border challenges but also open opportunities for getting resources for our own development where previously we did not even look. In any case, combining efforts enhances our capabilities. Amid the persisting international turbulence, it is important to ensure the rule of international law. No attempts should be made to replace it with the “rules-based order” that the West has invented to promote its interests. It is only then that we will be able to assure the effectiveness of multilateral efforts.

We see the European Union as one of the centres of the multipolar world. We intend to promote relations with the EU in keeping with President Vladimir Putin’s concept of Greater Eurasian Partnership from the Atlantic to the Pacific involving the states of the Eurasian Economic Union, the SCO, ASEAN, and all other countries on the continent. EU – EAEU cooperation can become the economic basis for EU members joining this Partnership. Aligning the potentials of the two major regional markets and harmonising their trade and investment regimes will strengthen the positions of all those involved in global trade. Importantly, this will also help in the future to avoid likely situations, where our “common neighbours” will again be artificially faced with a primitive choice and have to decide whether they are with the EU or Russia.

I would like to repeat once again that the principles of partnership were set out in our common documents, including the roadmap for the Common Space of External Security adopted at the Russia – EU summit held in Moscow on May 10, 2005. It says that “the EU and Russia recognise that processes of regional cooperation and integration, in which they participate and which are based on the sovereign decisions of States, play an important role in strengthening security and stability.” The sides agreed to actively promote these processes “in a mutually beneficial manner, through close result-oriented EU-Russia collaboration and dialogue, thereby contributing effectively to creating a greater Europe without dividing lines and based on common values.”

That says it all. It would be better still if these fine words were translated into actions.

A European security system can only be effective if it is collective. Twenty years ago, on November 19, 1999, the Charter for European Security was adopted at the OSCE summit in Istanbul. The Platform for Cooperative Security, which stipulates cooperation not only between countries but also between all organisations in the Euro-Atlantic region, was appended to the charter at the EU’s initiative. We supported that initiative. Regrettably though, Brussels, which is the venue of not only EU bodies but also the NATO headquarters, later lost interest in the idea. The Western countries that attended the OSCE Ministerial Council meeting in Bratislava on December 5−6, 2019 blocked the Russian move to reaffirm the above initiative, which stipulates an equal common European dialogue involving the EU, the CIS, NATO and the CSTO. Does this mean that the EU and NATO were confident of their domination when they advanced that idea 20 years ago, but now fear competition from the organisations that are taking shape in the CIS and hence avoid a direct and equal dialogue with them?

We urge the EU to take guidance from the fundamental principles sealed in the documents on Russia – EU relations, rather than from a recent construct about “forced coexistence.” We are facing common threats and challenges, namely, terrorism, drug trafficking, organised crime, illegal migration, etc. Restricted cooperation and continued confrontation with Russia are unlikely to improve the EU’s position in the world.

We are open to mutually beneficial, equal and pragmatic cooperation with the EU that will be in harmony with the interests of our allies and all the other Eurasian partners. Only in this way can we create a viable model of lasting relations that will meet the interests and aspirations of all nations on the Eurasian continent.