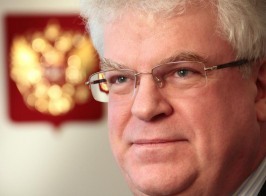 What would you say about prospects of Russia – EU relations in the light of current developments?

The potential of Russia – EU relations is in fact enormous, albeit largely untapped. All the more illogical and strikingly politicised are the decisions by our partners in the EU, who over the past few years have consistently hindered their development under far-fetched pretexts. This included accusing Russia in 2014 of allegedly illegal actions in Crimea, which were a reaction by the local population to the coup d'état in Ukraine instigated or at least supported by the US and a number of EU member states. Then there were a so-called "Russian invasion" of Donbass, MH17 tragedy, a series of bizarre and mostly non-fatal incidents involving some of not quite bona fide individuals, that were publicly portrayed as attempts on their lives – ostensibly by representatives of the Russian authorities. Time and again, the accusers did not bother to provide evidence or even intelligible versions to explain growing piles of inconsistencies.

At the same time, being a reliable and responsible partner, Russia does not slam the door in return. We did not freeze any cooperation track, consistently and calmly suggested promoting mutually beneficial cooperation and discussing any contentious issues in a respectful and open manner. We are sure that it is of equal interest both to the supranational institutions of the European Union and its member states. As soon as they find the strength and political will to step down from the pedestal of their imagined exceptionalism and return to pragmatic and equal cooperation, Russia – EU relations will certainly flourish again.

What could the potential sanctions mean?

I am not going to speculate whether our partners will go for another round of illegitimate unilateral restrictive measures against my country (it is incorrect to call these measures “sanctions”, as sanctions are the exclusive prerogative of the UN Security Council). When and if that happens, we will be ready to respond. In any case, the Russian side will base its actions on facts and analysis rather than assumptions and emotions.