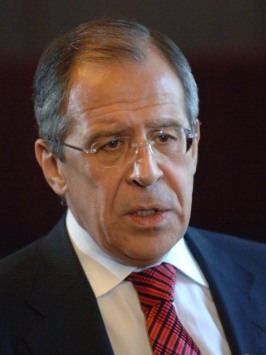 Events in Ukraine raised the tone of rhetoric in the European media on the issue of EU-Russia relations. The developments are often depicted in a straightforward, even primitive way, as a standoff between Washington and Brussels, on one side, and Moscow on the other. It is being said that the strive of the Ukrainian people to join Europe is being blocked by the Russians, and thus there is need to “go to the end” and support the “democratic forces” in Ukraine.

This widespread media picture does not reflect the real situation. Ukraine is not invited into Europe, meaning it is not offered the prospect of full EU membership. The draft association agreement which was being prepared for signature at the Eastern Partnership summit in Vilnius envisages extending EU standards to Ukraine and opening the Ukrainian market for European products. It was also drafted so as to hamper economic cooperation of Ukraine with its partners in the East, first of all Russia.

Nevertheless, Russia believes that it is up to the Ukrainians to decide whether to accept or decline that offer. We have unswervingly proceeded from the premise that the people of Ukraine, and of any other country, have the sovereign right to choose in which direction they want to develop and in which integration structures they want to take part. Russia does not impose anything on anyone, understanding that an integration project will last only if it is based on mutual interests. All we did was to explain to our Ukrainian partners that changing the economic rules of the game on their side of the border would mean departure from arrangements reached within the framework of the Commonwealth of Independent States Free Trade Area and would lead to a strictly adequate reaction from Russia in accordance with international standards, including WTO norms.

However, the US and the EU tended to see the situation differently. Our Western partners have already made the choice for the Ukrainians and are not prepared to wait for the citizens of that country to solve the question of their future constitutionally, in a democratic way. The opinion of several thousand demonstrators who are trying to violently pressure the government passes for the voice of the people.

Destabilizing a nation in the centre of the European continent can hardly serve anyone’s interest. It is impossible not to see that the actions of antigovernment forces in Ukraine increasingly display nationalist, anti-Semitic, racist feelings. In the meantime the issue of participating in one or another integration project is overshadowed by radical slogans which have nothing to do with European culture.

The internal strife in Ukraine proves that the Ukrainian society seems today unable to decide quickly and resolutely which way to take in country’s external relations – West or East. Former President Victor Yushchenko’s attempts some time ago to do that brought the Ukrainian State to the brink of disintegration. Unfortunately, the country is now being pushed in the same direction.

We are against returning to the logic of zero-sum geopolitical games, be it in Ukraine or in Europe as a whole. President Vladimir Putin came up with the initiative to a create common economic and humanitarian space stretching from the Atlantic to the Pacific and providing for free movement of people and free exchange of goods and services. The implementation of this idea would make it possible to unleash the huge potential of Russia-EU partnership. Uniting technologies, resources and human power would serve as a mighty catalyst of development of both EU and Russia while strengthening their positions in today’s world of intense competition.

The foundation is there: irreconcilable ideological differences are a thing of the past, principles of democracy and market economy are now recognized everywhere across the Euro-Atlantic area. And over the last two decades cooperation between the two main actors on the European continent – Russia and the EU – has made great strides.

Of course, a new level of partnership can only be attained on the basis of equality and mutual respect. States in the post-Soviet space have the same right to develop integration ties as do countries in the West of Europe.

The Eurasian Economic Union (EAEU) being created by Russia, Belarus and Kazakhstan is built on principles similar to those of the European Union and is based on WTO rules. At the very launch of this large-scale integration project it was understood that it would be desirable to harmonize it with the integration processes in the EU. Certainly such a task will not be solved overnight, but we believe this goal is achievable. That is why we suggested to our partners at the recent Russia-EU summit in Brussels to study the possibility of establishing a free trade area between the European Union and the EAEU by the year 2020.

Such a shared view of the future would clearly help our common neighbours to develop ties both westwards and eastwards comfortably, without conflict. As a result a historic step towards building a common European home would be made. Nowadays, when military confrontation in Europe has become unthinkable, it is time to convert into practical deeds the decisions taken in the OSCE and Russia-NATO Council on creating a common space of peace, security and stability in the Euro-Atlantic area.

One can say that Russia-EU relations have approached the moment of truth. To develop our cooperation continuously and purposefully we should understand whether we want to proceed along the way of attaining ambitious goals of strategic partnership. Otherwise we will go on stumbling at every step because of lack of clear sense of direction. Information wars won’t help, what we need is real leadership and political wisdom.