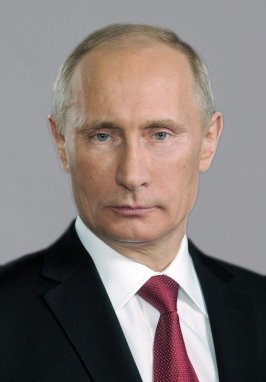 In early April we suggested immediate consultations in order to work out a coordinated approach to stabilise the Ukrainian economy and ensure stable deliveries and transit of Russian natural gas in accordance with contractual terms.

Over a month has passed. Consultations with the representatives of a number of non-EU countries have taken place in Moscow, in which our partners told us they completely shared our concerns over the situation with Ukrainian payments for gas deliveries from the Russian Federation and the risks due to insufficient amounts of gas being stored in Ukrainian underground storages.

As regards EU countries, we have only had one meeting in Warsaw with a delegation led by European Commissioner for Energy Günther Oettinger, attended also by Ukrainian representative Yuri Prodan. Unfortunately, we have to say that we have not received any specific proposals from our partners as to how to stabilise the situation with the Ukrainian buying company so that it can meet its contractual obligations and ensure reliable transit.

Moreover, the situation with payments for Russian gas only got worse over this period of time. Gazprom has not received a single payment for the gas supplied to Ukraine, and the total debt has grown from $2.237 billion to $3.508 billion.

And this despite the fact that Ukraine has received the first tranche of the IMF loan to the amount of $3.2 billion.

Given the circumstances, the Russian company has issued an advance invoice for gas deliveries to Ukraine, which is completely in accordance with the contract, and after June 1 gas deliveries will be limited to the amount prepaid by the Ukrainian company.

I would like to emphasise once again that we were forced to make this decision. The Russian Federation is still open to continue consultations and work together with European countries in order to normalise the situation. We also hope that the European Commission will more actively engage in the dialogue in order to work out specific and fair solutions that will help stabilise the Ukrainian economy.