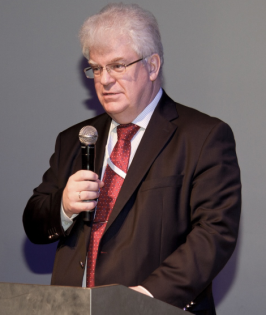 On 27 February 2015 the Permanent Representative of Russia to the EU Ambassador Vladimir Chizhov addressed the section on Russia-EU relations of the "More or Less Europe? Ideas Lab" conference organised by the Centre for European Policy Studies (CEPS). Dr. Wolfgang Schüssel, former Federal Chancellor of Austria, was a co-speaker at the session.

In his statement Ambassador Vladimir Chizhov stressed the need to engage collectively in dealing with the systemic crisis of the Euro-Atlantic security architecture that came to light during the Ukraine conflict, and the key role of Russia and the EU in this process as major centres of influence on the European continent.