Visit of the EU Counter-terrorism Coordinator to Moscow 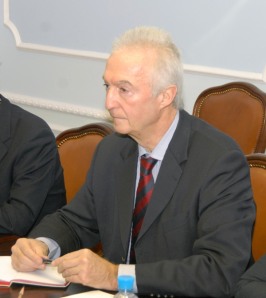 Consultations between Mr Gilles de Kerchove, EU Counter-terrorism Coordinator, and Ambassador Anatoly Safonov, Special Representative of the President of the Russian Federation for International Cooperation in the Fight against Terrorism and Transnational Organized Crime, took place in Moscow on 3 February 2011. Representatives of the Ministry of Justice, Federal Security Service, General Prosecutor’s Office and National Antiterrorist Committee took part in the meeting.

A wide range of issues was discussed related to prevention of terrorists attacks in the EU countries and the Russian Federation, including legal regulation of ensuring the protection of critical infrastructure objects.

The consultations confirmed the well-established high level of understanding in relations between the Russian Federation and the EU in the fight against international terrorism.

Mr. Gilles de Kerchove gave an interview to the Russian press agency RIA Novosti on the outcome of his visit.