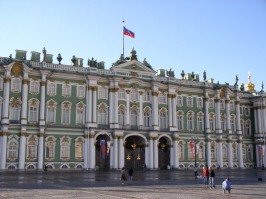 The fourteenth meeting of the Russia-EU Permanent Partnership Council on Freedom, Security and Justice will be held in St. Petersburg on 19 May 2011.

At the meeting crucial issues of Russia-EU judicial cooperation in criminal, civil and commercial matters are supposed to be discussed, as well as interaction in combating terrorism, drug trafficking and organized crime.

Issues related to visa free dialogue and migration are expected to be high on the PPC agenda. The meeting will review the elaboration of a list of Common Steps towards visa-free short-term travel of Russian and EU citizens, implementation of the 2006 Agreement on the Facilitation of the Issuance of Visas, as well as progress in negotiations to amend this Agreement. Modalities of a Russia-EU Dialogue on Migration are supposed to be endorsed at the meeting.

The PPC also plans to review interaction between Russia and EU agencies such as Europol, Eurojust and FRONTEX.

The format of PPC on Freedom, Security and Justice is in place since 2004. The meetings take place twice a year at the level of Justice and Interior Ministers of Russia, current and future EU Presidencies, as well as competent EU Commissioners and heads of agencies.

The previous PPC meeting took place in November 2010 in Brussels.