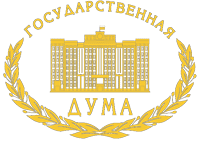 Members of the State Duma of the Federal Assembly of the Russian Federation consistently support steps aimed at strengthening the coordinating role of the United Nations (hereinafter, the UN, the Organisation) in international affairs and ensuring equal cooperation between states within this universal Organisation. Discussing this issue is particularly relevant as the UN is celebrating the 75th anniversary of its establishment and given that certain UN founding principles are being presented today as obsolete and interpreted in a distorted manner, while the historical truth and memory of the Second World War events become subject to criminal revision.

Hiding behind the "noble" slogans advocating greater UN effectiveness and promoting initiatives to reform it, a number of Western countries led by the United States of America, often seek to reshape this unique Organisation in order to advance their own vested interests. At the same time, increasingly often repeated claims by these states of “harmful” activities undertaken by Russia, China and other geopolitical competitors in the UN is nothing but a lever for further pressure on the Organisation and a clear illustration of attempts to implement the concept of a "rules-based world order" aimed at undermining and revising the existing international legal framework.

Members of the State Duma believe that Washington’s current policy towards the UN confirms once again the destructive nature of US actions on the international arena via exerting pressure and imposing illegitimate unilateral sanctions with extraterritorial effect on dissenting states. All this goes against the principle of cooperation the UN is based on.

Attempts to discredit the Russian Federation or any other member of the UN Security Council, limit their representation at the UN, and divide countries into “bad” and “good” on the basis of compliance with American interests are counterproductive and run counter to the fundamentals and principles of UN activities. Such destructive actions are fully consistent with the logic of US policy to undermine multilateral cooperation within the UN.

Taking into account the provisions of UN General Assembly Resolution 153 (II) of 1947, the State Duma considers unacceptable the predominance of Western representatives on top executive posts in the UN Secretariat, which is achieved by enlisting US citizens and those from states loyal to Washington.

Members of the State Duma are convinced of the central coordinating role of the United Nations in international relations and advocate strict adherence to the goals of the UN and principles of international law based on the UN Charter, including sovereign equality of states, non-interference in their internal affairs, equal rights and self-determination of peoples, settlement of international disputes by peaceful means, and fulfilment in good faith of international obligations.

The State Duma considers it necessary to strengthen the UN as an effective multilateral mechanism for promoting mutually respectful work in order to ensure upholding human rights on the basis of international law. Attempts to politicise the human rights agenda, impose unilateral approaches and issue ultimata on the pretext of protecting human rights and moral values are unacceptable.

Members of the State Duma highly appreciate proactive efforts to improve the effectiveness of the UN disarmament mechanism and condemn any attempt to revise or undermine it.

The State Duma is convinced of the key and coordinating role of the World Health Organisation in combating the pandemic of the new coronavirus infection. The WHO is currently the cornerstone of the global healthcare system and the foundation of multilateral cooperation in this field. Therefore, members of the State Duma consider counterproductive the US decision to withdraw from the WHO and attempts to blame it and the People’s Republic of China for the spread of the coronavirus infection, and believe that accusing the WHO of being passive and non-transparent is groundless.

Members of the State Duma call for a firm commitment to the search of collective consensus solutions within the UN and defense of the United Nations as a no-alternative system of maintaining international peace and security based on the UN Charter and the long experience of the Organisation, which is called to continue to play a leading role in the world architecture of the 21st century.

Chairman of the State Duma
of the Russian Federation
Vyacheslav Volodin