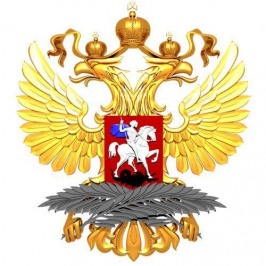 The conclusions issued by the European Council on 22 March regarding the chemical incident in Salisbury are regrettable. The wording used by the European Council attributing Russia with responsibility for what happened solely on the grounds of “no plausible alternative explanation” essentially constitutes an unfounded accusation against us. The European Council’s readiness to agree with the British version of the events in Salisbury can only be explained by desire to support UK Prime Minister Theresa May who found herself in a difficult situation. It should be noted that every day more and more discrepancies emerge in this interpretation of events, from an unprecedented swiftness with which the Brits identified the ‘Russian origin’ of the toxins found at the site of the attempted murder on Sergey Skripal and his daughter to the facts revealed by the media of employees of the chemical laboratory at Porton Down having faced pressure from British officials.

We have not yet received any arguments from the British side that would require “answers” from us with respect to the tragedy in Salisbury, as the European Council proposes. We are absolutely ready to work together with Britain; however, our British counterparts are evading cooperation. We see further exchange of opinions possible within the relevant international body – the Organisation for the Prohibition of Chemical Weapons (OPCW). We believe that if EU leaders had a sincere desire to help the investigation they should have prompted their British partners to start constructive consultations with the Russian side in the framework of applicable OPCW procedures. Even more so, because support for dialogue and cooperation in the interests of strengthening international non-proliferation instruments such as the Chemical Weapons Convention, is expressly envisaged not only in the 2016 EU Global Strategy but in the 2005 Roadmap on the Russia-EU Common Space of External Security as well.

We regret that instead the European Union has opted for following yet another anti-Russian campaign triggered by London and its transatlantic allies with an obvious goal of placing another obstacle on the way to normalising the situation on the European continent.