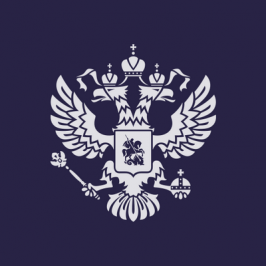 On April 14, the United States, supported by its allies, launched an airstrike against military and civilian targets in the Syrian Arab Republic. An act of aggression against a sovereign state that is on the frontline in the fight against terrorism was committed without a mandate from the UN Security Council and in violation of the UN Charter and norms and principles of international law.

Just as one year ago, when the Shayrat Airbase in Syria came under attack, the US used as a pretext a staged chemical attack against civilians, this time in Douma, a Damascus suburb. Having visited the site of the would-be chemical attack, Russian military experts did not find any traces of chlorine or any other toxic agent. Not a single local resident was able to confirm that a chemical attack had actually taken place.

The Organisation for the Prohibition of Chemical Weapons dispatched its experts to Syria in order to investigate all the circumstances. However, in a sign of cynical disdain, a group of Western countries decided to take military action without waiting for the results of the investigation.

Russia condemns in the strongest possible terms the attack against Syria, where Russian military personnel are assisting the legitimate government in its counterterrorism efforts.

Through its actions, the US makes the already catastrophic humanitarian situation in Syria even worse and brings suffering to civilians. In fact, the US panders to the terrorists who have been tormenting the Syrian people for seven years, leading to a wave of refugees fleeing this country and the region.

The current escalation around Syria is destructive for the entire system of international relations. History will set things right, and Washington already bears the heavy responsibility for the bloody outrage in Yugoslavia, Iraq and Libya.

Russia will convene an emergency meeting of the UN Security Council to discuss the aggressive actions by the US and its allies.