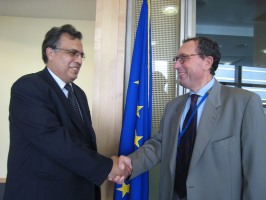 The results of the meeting will be reported to the ministerial session of the Russia-EU Permanent Partnership Council on Freedom, Security and Justice to be held in Brussels on November 18-19, 2010.