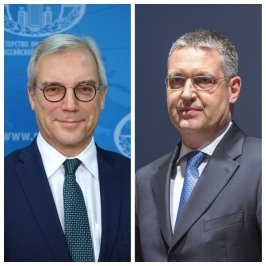 At the meeting the schedule of the political dialogue and certain aspects of Russia – EU relations were discussed, as well as a number of topical international issues.