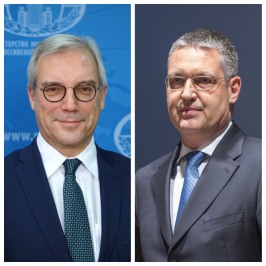 At the meeting a number of aspects of Russia – EU relations were discussed, as well as the situation in Ukraine in the context of violation by Ukrainian Naval Forces of the Russian state border in the vicinity of the Kerch Strait that took place on 25 November 2018. The Russian side drew the attention to the need for the European Union to adopt a principled approach regarding flagrant violation of human rights, discrimination of national and linguistic minorities, as well as manifestations of Neo-Nazism and anti-Semitism in Ukraine.