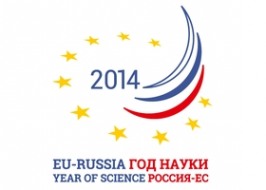 An official ceremony dedicated to the launch of the Russia-EU Year of Science 2014 took place in Moscow on 25 November. This event is intended to emphasise the importance of scientific and technological cooperation between Russia and the European Union, to demonstrate the diversity and depth of the relationship between the Russian Federation, the European Union and the EU Member States in all areas of research and innovation.

The Year of Science will provide a unique opportunity for the scientific community to exchange views and best ideas and will give a new impetus to further cooperation. 2014 will mark a new stage of cooperation associated with the launch of ambitious programmes, such as "Research and Development in Priority Areas of Scientific and Technological complex of Russia for 2014-2020 ", the EU Framework Programme for Research and Innovation "Horizon 2020", as well as federal target programmes for the development of science and technology.

The agenda of the Year of Science includes more than 200 events in Russia and the EU Member States with a focus on specific scientific problems as well as Russia-EU cooperation in science and technology as a whole.