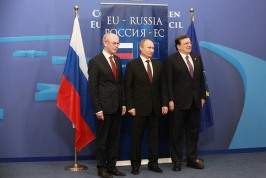 The meeting continued in a working lunch format with participation by the delegations’ members.

Following the summit, the Joint Russia - EU Statement on Combating Terrorism was adopted.