Russia and EU: Development of Cooperation in Science and Technology Has a Positive Vector 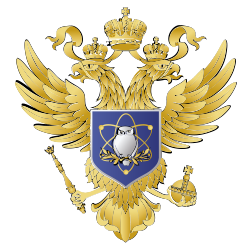 On 5 June 2020 a regular annual session of the Russia – European Union Joint Science and Technology Cooperation Committee (JSTCC) was held online. This year the event was organised by the Russian side.

During the online meeting the two sides exchanged topical information on development of scientific, technological and innovation policies of Russia and EU. In particular, the Russian side informed partners of the potential of developing scientific and technological cooperation with EU through conducting joint research within the “Science” National Project, the Mega-grant Programme and the State Programme “Scientific and Technological Development of the Russian Federation” 2019–2030. In turn, the EU side focused on highlighting opportunities for Russian participation in the 9th EU Framework Programme for Research and Innovation “Horizon Europe” (2021–2027) that will succeed in 2021 the current EU Programme “Horizon 2020”.

Deputy Minister Natalia Bocharova underlined that development of Russia – EU relations in the sphere of science and technology on issues of mutual interest has a positive vector. In particular, she noted an ever growing appeal of the Russian scientific base in the world community that attracts leading foreign scientists and promising young researchers to come to Russia, as well as great potential of further cooperation in the field of research infrastructures, including “CREMLIN Plus” and mega-science type projects. In addition, Deputy Head of the Russian Ministry of Science and Higher Education urged partners to actively encourage expansion of forms of collaboration and new promising areas of cooperation, including genetics, artificial intelligence and climate science.

In turn, the EU Ambassador to Russia Markus Ederer praised scientific cooperation between the European Union and the Russian Federation as a genuine success story and expressed confidence that it would remain a solid bridge between Europe and Russia, as it has been so far.

Since the above-mentioned state scientific initiatives have already been launched by both sides, preliminary results of cooperation for the period of 2014-2020 were evaluated and reports were presented on implementation of the most significant current joint research projects, including in such areas as aeronautics, healthcare, development of human resources and research infrastructures.

The statements made by participants of Russia – EU JSTCC demonstrated once again that development and implementation of new mechanisms of support for scientific research, including under the auspices of Russian Federal targeted and state programmes and National Initiatives, as well as under the EU Framework Programme for Research and Innovation “Horizon 2020” are essential to successful cooperation in joint scientific and research projects in thematic areas of mutual interest, as well as in the sphere of academic mobility. Both sides believe that participation of expert community in the JSTCC meeting allowed to conduct an efficient evaluation of practical impact of implementation of the joint projects in areas of scientific and technological development that are vital to Russia and EU.

In the last six years the Ministry of Science and Higher Education of the Russian Federation has supported 248 joint projects with participation of European scientific and research organisations and universities. They include
193 bilateral and 55 multilateral projects (including 41 projects under the EU Framework Programme for Research and Innovation “Horizon 2020”, ERA.Net and ERA.Net RUS PLUS initiatives among them). The total volume of Russian financing for the period 2014 – 2020 amounted to more than 4 billion roubles (approximately 62.5 million euros).