Russia and EU agree to launch a Dialogue on Migration 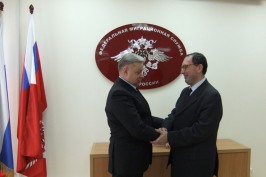 On 18 April 2011 in Moscow negotiations took place between Konstantin Romodanovsky, Director of the Russian Federal Migration Service, and Stefano Manservisi, Director General of the European Commission.

An agreement in principle was reached on basic modalities for a regular Russia-EU Dialogue on Migration, which will focus on crucial issues of legal migration, asylum process, other forms international protection, as well as combating illegal migration and trafficking in human beings.

A formal decision to launch a Dialogue on Migration is expected to be taken at the 14th meeting of the Russia-EU Permanent Partnership Council on Freedom, Security and Justice to be held on 19 May 2011 in St. Petersburg.

The Russian side has suggested to hold the first session of the Dialogue on Migration at the end of June 2011 in Moscow.