Round table “Visa regime between Russia and the EU: is it necessary?” 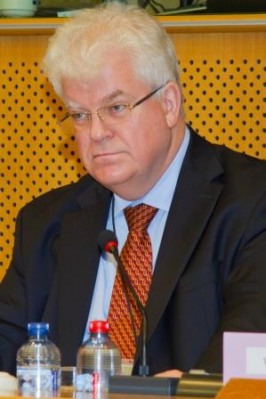 On 20 September, 2013 Permanent Representative of the Russian Federation to the European Union, Ambassador Vladimir Chizhov spoke at a round table entitled “Visa regime between Russia and the EU: is it necessary?” at the European Parliament organised upon the initiative of the European Russian Society and the Belgian political party “Mouvement Réformateur”.

Participants included the Ambassador of Russia to the Grand-Duchy of Luxembourg, Mark Entin, Deputy Head of the Department of Educational Programme of the Russian Presidential Academy of National Economy and Public Administration, Grigory Ivakin, Adviser to the Deputy Prime Minister – Minister of Foreign Affairs, Foreign Trade and European Affairs of the Kingdom of Belgium Patrick Hermann, representatives of the European Parliament, acting Representative of the Moscow Patriarchate of the Russian Orthodox Church to European organisations in Brussels, priest Antony Ilin, as well as representatives of organisations of Russian compatriots in Belgium.

The participants of the round table emphasised the urgency of transition to a mutual visa-free travel regime for citizens of Russia and the EU, eliminating artificial barriers for the promotion of people-to-people contacts.