Report of the WTO Panel on the “Third Energy Package” 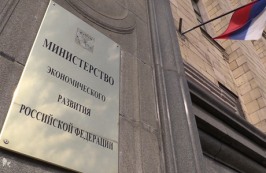 Ministry of Economic Development of the Russian Federation

10 August 2018 saw the publication of the report “European Union and its Member States — Certain Measures Relating to the Energy Sector (DS476)” prepared by the WTO Panel on the dispute Russia vs the EU.

The dispute had been initiated by the Government of the Russian Federation in April 2014 following the implementation in the territory of the European Union of the so-called “Third Energy Package” for the gas sector and other measures regulating the EU energy market that resulted in discrimination against Russian gas and Russian supplier of pipeline transport services - PJSC Gazprom.

The dispute is unprecedented taking into account the character and scope of measures and provisions of WTO agreements that were applied by the parties and had previously no interpretation in the law of the Organisation.
Nine WTO members - China, Japan, United States, Brazil, India, Colombia, Korea, Saudi Arabia and Ukraine - participated in the proceedings as third parties.

The EU “Third Energy Package” for the gas sector is declared to be aimed at establishing relevant rules for the creation and functioning of the EU single gas market. These rules include, inter alia, ownership unbundling of relevant vertically integrated undertakings, allocation of gas transport capacities, certification rules for networks operators, LNG terminals rules as well as rules regulating establishment and development of European energy infrastructure (including so-called “projects of common interest”).

Within the dispute the Russian side challenged six categories of measures that included both the requirements of the “Third Energy Package” and a range of other EU energy policies as well as their implementation mechanisms at the national legislation level of specific EU Member States:

2.    Preferences for liquefied natural gas (LNG) and its suppliers;

4.    Exemptions on requirements of the EU gas directive for upstream pipelines;

6.    Granting of preferences to certain infrastructure projects by designating them as “projects of common interest”.

The Panel found unlawful the quantitative restrictions imposed on Russian gas supply via the OPAL pipeline, including the 50% cap limiting use of the pipeline capacity, as well as the requirement to release a certain amount of gas in the open market; Lithuanian, Hungarian and Croatian discriminatory rules of certification for gas transmission system operators controlled by foreign persons; discriminatory preferences granted to infrastructure projects and designating them as “projects of common interest” if they are  aimed at supplying gas of any other origin other than Russian Federation. Besides, the Panel found unjustified the EU defence on certification of operators and “projects of common interest” based on general exemption provisions of the General Agreement on Trade in Services and the General Agreement on Tariffs and Trade. The decisions adopted on all three categories of measures may improve the conditions for Russian natural gas supply to the EU market as well as facilitate equal competition in the EU market for Russian suppliers of pipeline transport services and are therefore of commercial interest to Russian gas suppliers and gas transportation services providers.

The Panel decision creates necessary prerequisites for equalizing competition conditions for current and future Russian projects in Europe. Taking the Panel conclusions into account we can expect that future Gazprom projects in EU territory will be subject to a non-discriminatory regime.

In the near future the parties are to agree on further steps concerning the dispute. According to WTO rules the Panel report is to be adopted by the Dispute Settlement Body no later than 60 days from the date of its official publication, i.e. no later than 9 October 2018.