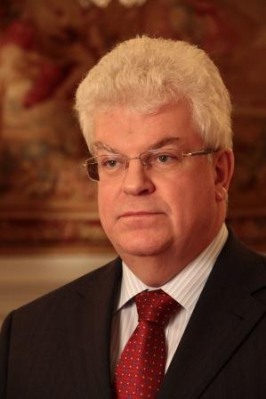 The topic of today’s round table and the entire conference – The EU and Emerging Powers – is quite relevant, as we are witnessing the emergence of not only an increasingly globalised world economy, but also of a new global balance of power and development of a polycentric system of international relations.

Of course, having said that, I have to make a comment on the terminology used. Many of my compatriots would be surprised, or even offended, by seeing Russia put into the category of “emerging powers”. It is, at best, a re-emerging power. In that sense, the reference to the EU itself as an emerging power would be more appropriate.

The decreasing capacity of the historic West to play a key role in global politics and economy causes neither satisfaction, nor gloating in Russia. But this is a reality which must be taken into account by all. Attaining a balance between political and economic potentials of developed and emerging countries is the right way towards a real strengthening of the principle of multilateralism in global affairs that, as we know, is supported by the European Union.

Most countries of the world, including my own, now have a stronger understanding that global stability and higher pace of global economic growth can be reached more effectively through collective efforts of states and integration bodies.