Press-release by the TASS News Agency 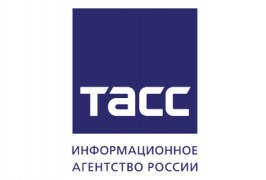 The Russian news agency TASS is launching a special project entitled “20 Questions with Vladimir Putin” on February 20, based on an exclusive three-hour-long video interview.

Does Russia have its middle class? Does the President need an opposition? What are the reasons for the large military spending on the army? What do the proposed amendments to the Constitution mean and what explains the hasty resignation of the government?

The special project is expected to summarize the interim results of Vladimir Putin’s 20 years at the helm of power. On March 26, 2000, he emerged as the winner in Russia’s presidential election for the first time.

The first episode of the interview with Vladimir Putin is released on February 20 at 09:30 Moscow time at a special section of the TASS website https://putin.tass.ru/en.

The episodes will be uploaded three or four times a week for one month – from February 20 to March 25. Furthermore, on March 26 the full version of the film will be released. Each episode boasts animated infographics: facts, figures, quotes and charts.

“This project is the first-ever of its kind not only for TASS, but for the Russian segment of the world web, or Runet, as well,” said TASS Director General Sergei Mikhailov. “This interview with Vladimir Putin was made especially for the Internet and in accordance with Internet rules and regulations,” he noted, pointing out that “it was shot in HD and used additional infographics,” Mikhailov emphasized. “The emergence of this type of television project in cyberspace is virtually an historic event. I am very glad it was none other than TASS that conceived and implemented this project. We strive to not only be the first to obtain genuine first-hand information, but also to experiment with modern formats.”

The list of questions the head of state was asked to answer turned out to be far longer than the twenty that are mentioned in the project’s title.  “This project is essentially new for TASS and for me personally, although interviewing has been my job for the past 30 years,” says Andrei Vandenko, who quizzed the Russian President. “It is not the status of the interviewee or the video format that I’ve never used before that really matters. The challenge was to try to discuss twenty major topics spanning 20 years of Vladimir Putin’s life and work in a three-hour-long conversation. As well as the idea of presenting a series of 20 mini-interviews. We’ll see how it turns out in the end. I do hope that we will be watching it together. I’d like to thank my TASS colleagues, in particular, for this chance to reset myself as a professional.”

Russia’s renowned social network Odnoklassniki was selected as the platform for publishing the Russian version of the interview. Each new episode will first be uploaded there. On the TASS YouTube channel the interview will be available with subtitles in English, Chinese and Arabic.

Television channels interested in getting this content in high resolution will be able to download the videos via the TASS Photobank (https://tassphoto.com). For this, registration at  https://tassphoto.com/en/user/register is required. Fill in the space Industry with “20 Questions.” The time when the interview will become available in the TASS Photobank may differ from the moment of publication at https://putin.tass.ru.

For all matters related to obtaining this video content, please contact the TASS Visual Products Sales Department at: manager@tass.ru.

TASS subscribers, including Russian and foreign media, federal and regional government bodies, have access to a wide range of 60 news feeds and topic-oriented services both in Russian and English.

TASS publishes about 1,500 news items and more than 500 photographs and videos from correspondents in Russia and across the world daily, forming a complete and objective picture of events. Sixty-three offices in 60 countries, regional centers and correspondent offices in Russia ensure the agency's operation, enabling TASS to quickly receive information from any corner of the globe.

TASS Photo Bank has the largest collection of news snapshots among CIS news services, containing more than 28 million images, works by TASS correspondents, partners and the agency’s archive materials since the beginning of the 20th century.

The agency has press centers in Moscow, St. Petersburg, Yekaterinburg and Novosibirsk. TASS annually organizes more than a thousand press conferences, and educational and business events both in Russia and abroad in various formats. TASS maintains partnerships with more than 60 news agencies around the world. The news service is a member of global and regional media organizations.