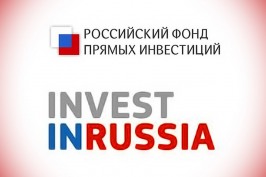 The Russian Direct Investment Fund (RDIF), Russia's sovereign wealth fund, and the Gamaleya National Center for Microbiology and Epidemiology, supported by international partners, are launching a campaign across all major social media platforms to provide up-to-date information and raise awareness about the Russian COVID-19 vaccine around the world. The campaign will use #SputnikV hashtag.

The social media campaign will focus on progress of #SputnikV clinical trials, production and mass vaccination in different countries. During the campaign, the Gamaleya Center scientists will tell the story behind the technology and creation of #SputnikV vaccine, while people who received the #SputnikV inoculation will share their personal experiences and thoughts.

#SputnikV social media channels will also become the main platform for exclusive delivery of major news about the vaccine, publication of latest data on the number of people vaccinated and vaccine production data. The channels will also carry live events with major announcements and expert commentaries. The information about #SputnikV will be available on the following platforms:

#SputnikV is the world’s first registered vaccine based on a well-studied human adenoviral vector-based platform. It currently ranks among top-10 candidate vaccines approaching the end of clinical trials and the start of mass production on the World Trade Organization’s (WHO) list. Russia submitted applications to the WHO for accelerated registration and prequalification of #SputnikV.

The ongoing #SputnikV post-registration clinical trial in Russia involves 40,000 volunteers. Clinical trials of #SputnikV have been announced in the UAE, India, Venezuela and Belarus.

“Our social media campaign will focus on providing up-to-date information about our vaccine effort for global audience but beyond that it also aims to give mankind hope that they will soon be able to break free from the COVID-19 pandemic and go back to normal life without lockdowns and facemasks. In this life people will again be able to meet friends, go out to museums, theaters and restaurants as well as travel to different countries. Businesses will again stay open providing jobs that guarantee wellbeing for employees and their families. We invite all people in different countries to join our campaign and support our #SputnikV vaccine effort”.

Russian Direct Investment Fund (RDIF) is Russia's sovereign wealth fund established in 2011 to make equity co-investments, primarily in Russia, alongside reputable international financial and strategic investors. RDIF acts as a catalyst for direct investment in the Russian economy. RDIF’s management company is based in Moscow. Currently, RDIF has experience of the successful joint implementation of more than 80 projects with foreign partners totaling more than RUB1.9 tn and covering 95% of the regions of the Russian Federation. RDIF portfolio companies employ more than 800,000 people and generate revenues which equate to more than 6% of Russia’s GDP. RDIF has established joint strategic partnerships with leading international co-investors from more than 18 countries that total more than $40 bn. Further information can be found at rdif.ru