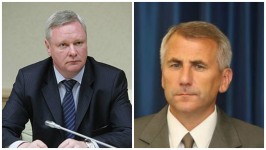 During their conversation, the officials discussed urgent issues of European security and Russia-EU cooperation as well as a number of international problems, including developments in Syria and Ukraine. Mr Titov gave detailed explanations to Mr Ušackas regarding the attempts by employees of Ukraine’s Defence Ministry to stage acts of terror in Crimea, which were foiled by Russia’s competent authorities.