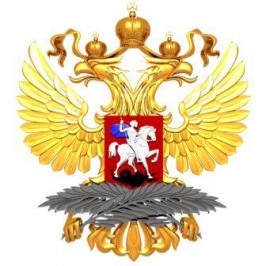 With the support of sponsors overseas, the Ukrainian Government continues to bury the Minsk Agreements.

The so-called law on the “reintegration” of Donbass adopted by the Verkhovna Rada directly contradicts the Minsk Agreements. Statements made by Ukrainian representatives, suggesting that it does not, are unconvincing. In particular, according to article 2 of this law, “all persons involved in the aggression or working in administrations of the occupation are liable to criminal prosecution”. Kiev’s obligations described in paragraph 5 of the Minsk Package of Measures include “pardon and amnesty by enacting a law prohibiting the prosecution and punishment of persons in connection with the events that took place in certain areas of the Donetsk and Luhansk regions of Ukraine.”

This kind of lawmaking represents another unilateral measure that conflicts with Kiev’s obligations, in addition to the distorted “special status” law, trade and transport blockade, termination of mobile and internet services, and abandonment of Ukraine’s social obligations toward its citizens.

The direction that the Ukrainian lawmakers should have taken if they adhered to the Minsk Agreements is described in the Package of Measures, in particular, in paragraph 11 and the footnote. This includes the “right to language self-determination”, formation of local police and so forth.

On the contrary, Kiev is currently developing discriminatory legislation in the sphere of education – this time, in the sphere of general secondary education – which infringes on the right of Russian-speaking people and ethnic minorities to tuition in their native language. Another piece of discriminatory legislation on citizenship is currently being developed as well.

All of this is taking place against the backdrop of permanent pressure on freedom of expression, harassment of journalists. The latest example is Igor Guzhva, Strana.ua editor-in-chief, who fled Ukraine and requested asylum here, in Austria.

The most recent meeting of the Trilateral Contact Group on Ukraine on January 31 has shown that Kiev is unwilling to discuss fundamental issues related to the enforcement of the law on the special status of certain districts in the Donetsk and Lugansk regions and to coordinate local election modalities.

The release and exchange of prisoners has been delayed by Kiev’s inability to honour the agreements on the list of such persons, which have been achieved at the Contact Group.

Despite the repeated calls by Chief Monitor of the OSCE Special Monitoring Mission to Ukraine (SMM) Ertugrul Apakan and the agreements reached in the Contact Group, the ceasefire orders issued in the Ukrainian Army have not been published or implemented. The SMM has reported the continued indiscriminate shelling by the Ukrainian Army at residential areas where self-defence forces are in control. Four peaceful civilians were injured and two residential blocks were damaged in Dokuchayevsk on January 22, and four buildings were damaged in Sakhanka on January 24.

It is notable that Ukrainian representatives in the Contact Group have not accepted the invitation to hold an on-site investigation of the shelling of a civilian bus near Yelenovka on January 21.

OSCE monitors have pointed out the increased military activity of the Ukrainian Army. Between January 22 and 28, OSCE observers have reported sighting 12 artillery guns in Severodonetsk and four guns in Mariupol, four howitzers in Karlovka and an air defence missile system in Kalinovo, in violation of the Minsk Agreements. The observers have spotted 89 heavy arms of the Ukrainian Army directly outside the withdrawal lines, including 22 MLRS. The SMM spotted 11 self-propelled howitzers in a residential area in Novoolenovka and five air defence systems in Spornoye.

According to SMM data, the mine threat is cited as the reason for the majority of restrictions that take place in the government-controlled area. There are also direct obstacles to SMM operation, such as shooting at an SMM unmanned aerial vehicle near Pavlopol on January 12 or refusal to allow SMM observers enter an arms depot on January 26.

The planned disengagement of forces in Stanitsa Luganskaya is still being prevented. SMM observers have not reported any ceasefire violations in that area since December 25 last year. The self-defence forces have clearly indicated their readiness to start the disengagement process.

There is strong need for at least local ceasefires and repair and restoration work. The SMM has the capability to develop closer contact with persons in charge at the self-defence forces. Back in 2015, representatives of the self-defence forces took part in the work of the Joint Centre for Control and Coordination (JCCC). Their work at this or any other similar agency should resume.

In order to return Russian officers to the JCCC, the new JCCC regulations should be coordinated and approved, sealing the legal status of its members. Like SMM observers, the JCCC staff must have normal working conditions, including a normal procedure for entering or exiting Ukraine. And lastly, Russian officers will not work in Ukraine if they are treated as representatives of the “aggressor country.”

We regard the statements by Ukrainian and US officials about the conflict “initiator” as an attempt to disclaim responsibility and wishful thinking.

It was not Russia that started the bloodbath on Maidan, as Kiev and Washington know only too well. It was not Russia that supported and nurtured nationalist groups. The Kiev leadership launched the punitive operation against the population of Donbass in April 2014 with full support and orders from the other side of the ocean. The fire in Odessa on May 2, 2014, in which a lot of people were burned alive, is also on the conscience of those who condoned and even encouraged radical Ukrainian nationalism.

According to OHCHR data, in several districts of the Donetsk and Lugansk regions, 5,872 civilians, including 109 children, have been killed since the conflict began. Most of them were killed in 2014–2015 during the shelling and bombardment of residential areas.

We remember well who passed out sandwiches and cookies on the Maidan, who paid for the nationalists’ rallies and who is behind the current Kiev leadership.

Several days ago former US Vice President Joe Biden spoke about the effective pressure he put on the Ukrainian leadership in April 2016. By threatening to cancel a $1 billion loan, in just six hours he got the undesirable Prosecutor General Viktor Shokin dismissed in April 2016. Joe Biden admits in his memoirs released in November 2017 that at the height of public unrest he pressured the legitimate President of Ukraine Viktor Yanukovich to leave office. There will be many more revelations like that. The main thing is to use this information to draw the right conclusions.

Washington and Kiev have the keys to a peaceful settlement. As we can see, our US colleagues have enough leverage on the Ukrainian leadership. It is only political will that is missing.

On a practical level, it is important to eliminate the destabilising factor of radical Ukrainian nationalists who actively oppose the Minsk Agreements. The nationalists deny the principle of rule of law, dictate terms to courts and local administrations, glorify Nazism, distort history and attack the church and dissenters. The National Squad established in Ukraine is an openly neo-Nazi group.

On January 8, 30 C14 extremists blocked the entrance to the Kiev-Pechersk Lavra shouting anticlerical and anti-Russian slogans. They also continue to bully priests.

On January 29, the nationalists disrupted a concert commemorating the anniversary of lifting the siege of Leningrad in Dnepropetrovsk. Veterans of the Great Patriotic War and children who came to congratulate them were stuck in the concert hall. These are the people the nationalists are fighting.

In conclusion, we would like to say once again that the implementation of the Minsk Agreements through direct dialogue with Donetsk and Lugansk does not mean Ukraine’s capitulation. On the contrary, it means a chance to reach true national accord, to restore neighbourly relations and to preserve Ukraine’s territorial integrity in its current borders.