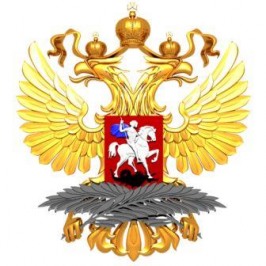 Unfortunately, we are once again witnessing a sharp deterioration of the situation in Donbass. The number of ceasefire violations, including with the use of weapons banned under the Minsk Agreements, and including volley fire systems, has significantly increased. On December 19, in Yasinovataya, the SMM recorded over 4,000 shell explosions and gun shots. Reportedly, the shelling of Yasinovataya resumed on December 20. Two civilians died and two more were wounded.

On December 13, the Ukrainian military jeopardised the lives of the SMM observers by firing large-caliber artillery in the immediate vicinity of the mission's office in Popasnaya. Subsequently, the observers checked the results of this shelling in Pervomaisk and Stakhanov, where at least five buildings and power lines were destroyed or damaged. The shelling resumed on December 18.

According to the SMM, between December 11 and 19, six civilians were wounded, and massive damage and destruction was identified in Stakhanov, Pervomaik, Dokuchayevsk, and Gorlovka as a result of shelling from the directions where the Ukrainian military are stationed. Artillery was fired at Kalinovo-Borshchevataya, Lugansky and Sakhanka. New craters from shells fired at the sites controlled by the Donetsk People's Republic were discovered outside ​the Donetsk filtering station.

In recent days, 6,500 shots were fired at Donetsk, and 1,500 shots at Lugansk. This massive destruction in the Donbass region has not been seen in a long while. We expect the SMM to quickly and more thoroughly check these data.

Fire at these villages and sites was conducted from large-caliber artillery. As we understand it, the SMM is unable to inspect it because of fake and real mine obstacles in the territory controlled by the Ukrainian military, with which, this week alone (December 11−19), the SMM collided 24 times (which is double the SMM limits on the territory controlled by the militia over the same period). The number of Ukrainian weapons in Donbass can be estimated by the results of warehouse inspections. This week, the observers failed to account for 330 pieces of military equipment in the warehouses controlled by the Ukrainian military.

Kiev is torpedoing the withdrawal of forces. The Ukrainian military refuse to withdraw their forces and means from Stanitsa Luganskaya, despite the fact that the Contact Group has 15 seven-day periods of total silence on record. The Ukrainian military are destabilising the situation in other disengagement areas. In Petrovskoye, on an almost daily basis, the SMM records cease-fire violations. In Zolotoye, an SMM drone identified 169 mines inside the disengagement area on the side of the territory controlled by the government.

The situation in Donbass was aggravated when the Ukrainian military and the nationalist battalions occupied the villages of Travnevoye and Gladosovo. Such provocations, which lead to bringing the positions of the sides closer and, accordingly, to escalating hostilities, must be stopped.

Another “New Year’s” truce from December 23 that the parties agreed upon at a Contact Group meeting in Minsk on December 20 should defuse tensions. However, since the Ukrainian side has no credibility, we need firm guarantees that the truce will be observed. We expect that, at least, the punitive battalions and the Right Sector formation will be withdrawn from the line of contact. The corresponding orders for the armed forces of Ukraine on the non-use of weapons must be made public.

Instead of this, President Poroshenko and Alexander Turchinov, who has launched this punitive operation, are talking about reinforcing the Ukrainian armed forces in Donbass.

Regrettably, Kiev has used the withdrawal of Russian officers from the JCCC in Ukraine to further increase the intensity of shelling Donbass.

We explained several times why Russian officers could no longer stay in Ukraine. We spoke about this at the Permanent Council meetings and also during the OSCE Ministerial Council in Vienna. But nobody heard or did not want to hear us. In addition, the Russian Foreign Ministry has sent four notes to Ukraine since September, which remain unanswered. We tried to attract attention to this issue within the Normandy format and the Contact Group. But Ukraine ignored all our calls. We are surprised, therefore, that the decision to withdraw our officers has come as a surprise to some people.

It should be said that Russian officers worked in Ukraine at Kiev’s request and greatly contributed to stabilisation efforts. But the Ukrainian authorities clearly no longer need our officers’ services if they have created unacceptable conditions for them. Overall, the obstacles created for Russian officers at the JCCC in the government-controlled territory are much more serious than the difficulties SMM observers encounter.

We are convinced that the SMM will be able to continue to operate effectively nevertheless, and that it will strengthen contact with the local authorities as per its mandate. We urge the SMM not to decrease but to increase its operations on the contact line. We welcome their visit to Travnevoye, although preparations lasted several weeks. The information that there are soldiers from the Azov punitive battalion, which has earned a poor reputation by its crimes, in the village has been confirmed.

We appreciate the fact that the SMM has monitored and verified the return of Russian officers from the JCCC to Russia. This was very important for preventing any provocations. However, there was an unpleasant incident at the Ukrainian checkpoint where one of our officers was kept for some five hours. We will definitely take note of this.

There is an obvious connection between developments in Donbass and simmering political tensions in Kiev. Tens of thousands of people, including veterans of the punitive operations and radical nationalists, have been holding demonstrations to demand the impeachment of President Poroshenko. We are monitoring the adventures of Mikheil Saakashvili, an opportunist and a military criminal who ordered an attack from heavy weaponry against unarmed civilians. In this respect, he is the twin brother of the Kiev leaders. So-called activists continue to interfere with the courts and law enforcement agencies. Is this the European standard of the supremacy of law? A new attempt has been made to occupy buildings in Kiev. This time, 32 police officers have been injured in clashes at the Oktyabrsky Palace. Some Western representatives described this as abuse of the right to hold peaceful protests. Where did they look in the winter of 2013 and 2014? Or did they apply different rules to that situation?

In conclusion, I would like to point out once again that the Minsk Agreements are the only path towards peaceful stabilisation. Other options are fraught with new victims and destruction. Kiev has used all of them. There is no point in doing this again.

Kiev’s hackneyed speculation regarding foreign aggression and the invading army is nothing but a propaganda curtain used to hide the desire to continue the conflict. These theses do not go well with the invitation of Russian officers on the JCCC to Ukraine.

Likewise, there are no grounds for presenting the punitive operation against Donbass as a self-defence operation. The delivery of large amounts of US and Canadian weapons and military equipment to Ukraine is only pushing radical nationalists towards new reckless military schemes, which cannot promote peace in the region or the implementation of the Minsk Agreements. The latest example of US support for Kiev has confirmed that Ukraine is an externally controlled territory. The situation in Ukraine’s economy and armed forces clearly shows that the country is living off foreign resources. Moreover, by supplying weapons to Kiev, Washington becomes an accessory to the murder of those who have risen against the nationalist coup in Kiev and are fighting for their system of values and for the right to speak in their native – Russian – language.

We urge everyone who really wants to end this crisis to get down more actively to removing one of the key factors fuelling the conflict in Ukraine, that is, aggressive radical nationalism. We must remove this core of the “party of war,” which is working hard to hinder the implementation of the Minsk Agreements, fomenting hatred and demanding that the punitive operation be continued until Donbass is mopped up completely.