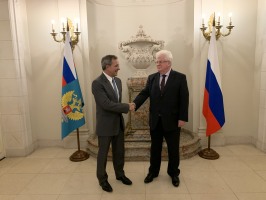 The meeting focused on Russia – EU inter-parliamentary cooperation, including prospects for restoring full-fledged contacts between parliamentarians from Russia and the EU, in view of the formation in July 2019 of a new European Parliament.