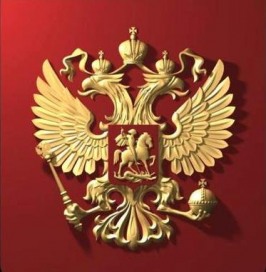 We could not help noting a new portion of undeserved praise, compliments and promises that EU High Representative for Foreign Affairs and Security Policy Josep Borrell generously showered upon Kiev authorities during his recent visit to Ukraine, with special emphasis on humanitarian and legal aspects. The head of European diplomacy can hardly be so poorly informed of what is really going on. It is difficult to ignore the infringement of freedom of speech, violations of rights of journalists, public attacks against the Russian language and mistreatment of Russian-speaking citizens of Ukraine that have become commonplace regardless of all international humanitarian rules, as well as Josep Borrell’s own assurances that the European Union considers the rights of Russian-speakers no less important than those of speakers of EU languages. Not to mention the blatant crimes that have been and continue to be committed with impunity since the “sad days” of Maidan. Suffice it to recall the never investigated Odessa tragedy of 2 May 2014, and a series of violent murders of journalists.

In general, Russia is used to anti-pedagogical logic, whereby Western mentors praise their protegees irrespective of their behaviour. However, such a straightforward and explicit demonstration of commitment to the notorious double standards is frustrating. Moreover, it is surprising and disappointing that during his visit to Kiev Josep Borrell did not say a word about these problems, at least in public. Thus, Brussels continues to encourage Kiev authorities to pursue a “tough policy” and divide its own citizens into those who are “right” and those who are “mistaken”. At the same time, Russian-speaking Ukrainians and all their compatriots longing real progress in overcoming the deep internal political crisis and restoring relations with Russia, alas, cannot count on the European Union to support their interests, against all its statements and appeals.