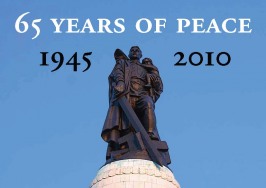 Members of the European Parliament as well as representatives of foreign diplomatic missions to the EU, of the EU Council and the European Commission were present at the opening of the exhibition on 4 May 2010. The Permanent Representative of Russia to the EU, Ambassador Vladimir Chizhov addressed the participants.

The exhibited photographs demonstrate the suffering of people and the ravages caused by World War II, show the unity of Allies in the anti-Hitler coalition and underline the decisive contribution of the Soviet Union to the victory over Nazism.

Speech by Ambassador Vladimir Chizhov at the opening of the exhibition