Meeting between Russian parliamentarians and members of the European Parliament (MEPs) 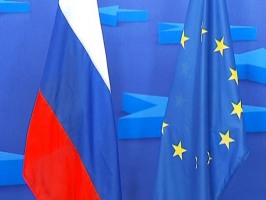 The parties considered in detail the state and prospects of Russia-EU interparliamentary dialogue and shared their views on topical issues of the international agenda. While discussing the issues of the internal Ukrainian crisis participants stressed the need for a full and stage-by-stage implementation of the Minsk agreements.

The Russian parliamentarians invited MEPs for a familiarisation visit to Crimea.

The participants expressed their mutual interest in further contacts and promoting the reestablishment of a full-fledged interparliamentary dialogue.