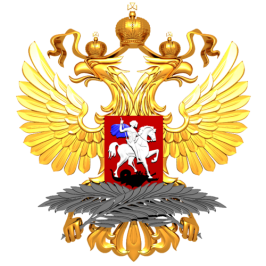 Moscow took note of the statement made by foreign ministers of the G7 countries in connection with the Skripal case.

The G7 again leveled fictional, absolutely unsubstantiated accusations against Russia in connection with the poisoning of Sergey Skripal and his daughter Yulia in the UK. Under a far-fetched pretext, it is demanded that we disclose to the OPCW all the data on the programme for creating the nerve agent Novichok that allegedly exists in our country. In short, nothing new. As is customary, our Western colleagues play loose with the facts and speak in phrases which are apparently learned by rote in some capital cities and then passed around like carbon copies. The arguments remain unchanged and boil down to the same notorious "highly likely" assessment and nothing more.

For those who are still unaware, I would like to remind you that in accordance with the presidential executive order, former Soviet developments in the sphere of chemical weapons in new Russia were shut down in 1992 and never resumed. Russia became one of the most active participants of the CWC, which came into force in 1997. In 2017, Russia’s chemical arsenal inherited from the Soviet Union was destroyed in strict accordance with CWC rules and under OPCW’s careful oversight.

Meanwhile, even in the mid-1990s, Western special services smuggled a number of former Soviet specialists, including   GosNIIOKhT employees Mirzayanov, Dubov and Kazhdan, to name a few, and some former Soviet chemical programme documentation into their respective countries. Earlier Soviet studies were then continued in the countries of the "collective West." The results achieved there associated with creating new poisonous agents, which, for some reason, were classified under the general name of Novichok in the West, were published in over 200 open sources of NATO countries.

We also have to stress again what the G7 members are studiously avoiding. Currently, the United States, not Russia or Syria, remains the only CWC member which, for some reason, maintains a significant arsenal of chemical weapons.

Moreover, as we also known from open sources, various inventions associated with the use of full-fledged chemical warfare agents, including nerve agents, are being patented in the US.

We urge the G7 countries to refrain from spreading dubious inferences which are below the level of serious experts. We have become accustomed to very liberal interpretation of the facts by this group of countries, and we hope that the international community will not get its news from this "contaminated source."

We call on the G7 members to find the strength to move past their own opportunistic political ambitions and to put an end to actions which directly undermine the spirit and letter of the CWC.

We hope that our colleagues will keep all this in mind ahead of the special session of the OPCW Executive Board to be held on April 18, keep in mind the discussions of the Skripal case at the UN Security Council to be held on the same day, and draw appropriate conclusions for the future.