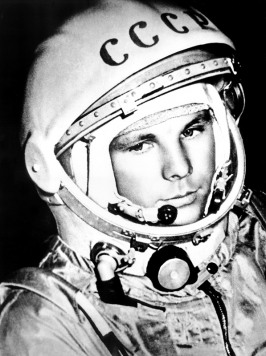 On 4-22 April an exhibition devoted to the 50th anniversary of the historic flight of Yury Gagarin will be organized at the European Commission (Breydel building, avenue d’Auderghem, 45, 1040 Brussels). The event will not only commemorate the first manned flight into space, but also show further space exploration, stressing the results of Russia-EU space cooperation.

The opening ceremony of the exhibition will take place on 4 April at 6:30 p.m. with the participation of Permanent Representative of the Russian Federation to the EU Ambassador Vladimir Chizhov, Director General of the European Commission DG Enterprise and Industry Heinz Zourek (tbc), Belgian cosmonaut Frank De Winne and Director of Euro Space Centre Jean-Marcel Thomas.