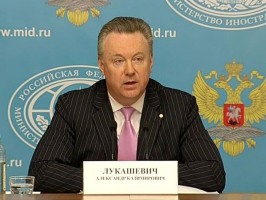 We have taken note that the EU had promptly reacted and given a principled evaluation to the recent terror attack in Grozny. We state with satisfaction that Brussels explicitly condemned the actions by the suicide bomber during the City Day celebrations in Grozny, emphasising that there can be no justification for such attacks against innocent lives. We appreciate the condolences to the families of the victims as well as to the Government and people of Russia.

We fully share the statement by the EEAS Spokesperson on the “importance of fighting against terrorism in the common interest” as expressed in the Joint Statement agreed at the Russia-EU Summit on 28 January 2014.

We look forward to further constructive cooperation with the EU in this area.