Comment by Ambassador Vladimir Chizhov, Permanent Representative of Russia to the EU 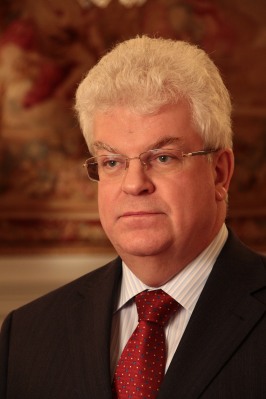 Comment by Ambassador Vladimir Chizhov, Permanent Representative of Russia to the EU, on the Introduction by the EU of a Blocking Statute in response to the US “Sanctions” against Iran

I will start by reminding you that initially the Statute was introduced in 1996 in response to American sanctions imposed on Cuba. However, then it was not implemented in practical terms, as two years later, in 1998, the US Administration backtracked.

The current updated Statute has been adopted to serve, first and foremost, the interests of European business, but a significant part of major European companies have already made their choice. As far as I know, there are more than a hundred such companies from various EU countries. And, alas, they have not opted for resisting the US “sanctions” and continuing to operate in the Iranian market.

Such a choice can be easily explained from the point of view of elementary arithmetic when a company has a much bigger business in the US than in Iran. Therefore, their interests in terms of finance and production lie to a large extent within the American market and, above all, the dollar financial system. There is, of course, a large number of small and medium-size enterprises, and quite big ones among them, that are not tied to the American market and the dollar. They are looking forward to seizing opportunities that are emerging in the Iranian market. The trouble is that the majority of such companies do not trade in oil, and oil sales are top priority for Iran. A large part of Iranian oil – two thirds, as statistics suggest – will continue to go, as it does, to China, but there still remains another third that constitutes a significant amount.

Probably, at the back of their minds, our European partners expect the US to revise its position at some stage, at least would provide exemptions to its closest allies. However, today the predictability of Washington’s policy and current US Administration’s economic course, not to mention the Congress, is a problematic issue, to word it in a politically correct manner.

As for Russia, we never aimed at developing being friendship with someone against someone else. Objectively Russian and EU interests on this track practically coincide. Together we were co-sponsors of the fragile deal on Iran’s nuclear programme, therefore it is in our interests to maintain it. Today we can state that after the US withdrawal the Joint Comprehensive Plan of Action on Iran’s nuclear programme is still alive. The remaining five countries continue working on modalities to maintain trade and economic cooperation with Iran notwithstanding the US sanctions.