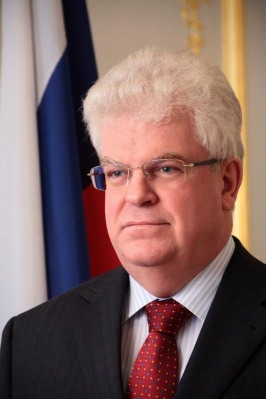 The year 2015 was marked by complicating events in relations between Russia and the European Union. The crisis in Ukraine testified to our common inability to erase dividing lines on the European continent and overcome reciprocal hostile stereotypes rooted in the Cold war era. What became evident is that Russia-EU strategic partnership will remain elusive, unless placed on solid bedrock of genuine equality, indivisibility of security and respect for mutual interests.

The decline in trade turnover and tourist travel over the past year, provoked in part by ill-conceived unilateral EU sanction decisions, does not bode well for our countries. This means that citizens of Russia and EU member-states find themselves farther apart, and our economies – less intertwined than before. European producers are paying a heavy price, having to yield arduously-won positions in the Russian market to competitors from more dynamic world regions. At the initiative of the EU a significant part of the our jointly constructed institutional machinery now stands idle, serving our foes as it leaves our borders less protected against daunting new challenges - terrorism, drug trafficking, illegal migration, WMD proliferation and climate change.

I am convinced that we cannot allow inertial drift to define the Russia-EU relationship, which remains of critical importance to the destiny of our shared continent – Europe. It is high time for Russia and the EU to elaborate a way of working together in our “common neighbourhood”, that would take into account the interests of all parties and countries of the region. Our common task is to assist them in realizing their potential as natural conduits of organic links between the various parts of our continent – as opposed to the tragic scenario, now on display in Ukraine, of creating new “cordons sanitaires” in Europe.

We remain committed to the long-term objective of establishing a Common economic and humanitarian space from Lisbon to Vladivostok. This idea for us is not an empty slogan. It logically flows from the content of the Road Maps on four Common Spaces (Economic; Freedom, Security and Justice; External Security; Research and Education) agreed at the Russia-EU summit on 10 May 2005 in Moscow. The aim of this project, in our view, is for Russia and the EU to bundle competitive advantages in order to ascend to a new stage of economic and technological development and transform our continent into an influential centre of global political and economic power. We should finally realize that we are stronger together.

The past year marked a turning point in efforts to enhance the process of Eurasian integration and expand Russia’s cooperation with rapidly developing centres of the emerging multipolar world. Russian presidency in BRICS and SCO, culminating in the July summits in Ufa with 15 participating countries of four continents, was an important milestone along the way. Also in 2015 the Eurasian Economic Union welcomed Armenia and Kyrgyzstan as full-fledged members and signed a free trade agreement with Vietnam.

In these challenging times the Permanent Mission of the Russian Federation to the European Union is entrusted with a special role in maintaining Russia’s relations with the EU as well as the potential for their further development. This is an honourable, important and complex assignment that demands professionalism and arduous efforts.

I would like to wish happiness, good health and every success in 2016 to all those committed to enhancing cooperation between Russia and the European Union.

Sincerely yours,
Vladimir Chizhov,
Ambassador Extraordinary and Plenipotentiary,
Permanent Representative
of the Russian Federation
to the European Union
and the European
Atomic Energy Community